Liquefied natural gas (LNG) is natural gas (predominantly methane, CH4, with some mixture of ethane, C2H6) that has been cooled down to liquid form for ease and safety of non-pressurized storage or transport. It takes up about 1/600th the volume of natural gas in the gaseous state (at standard conditions for temperature and pressure). It is odorless, colorless, non-toxic and non-corrosive. The liquefaction process involves removal of certain components, such as dust, acid gases, helium water, and heavy hydrocarbons. The natural gas is then condensed into a liquid at close to atmospheric pressure by cooling it to approximately −162 °C (−260 °F); maximum transport pressure is set at around 25 kPa (4 psi).

LNG is a product that requires processing both at the supplying and at the receiving end of the transportation chain. This is because transportation is only economically feasible when the gas is in a liquid state. Since liquefaction of natural gas reduces the volume to 1/600 of the gaseous state and therefore makes it economical for transportation by sea.

At the supply source of the transportation chain, liquefaction is done at specialized liquefaction plants, referred to as “liquefaction trains”, where undesired heavy hydrocarbons and non-hydrocarbons are removed from the natural gas before cooling the natural gas to approximately -163 °C (-260 °F) to become liquid at close to atmospheric pressure. Similarly, at the receiving end of the transportation chain, the LNG is regasified to its gaseous state before being distributed to the end-user through pipelines.

Click here to watch a video to learn about LNG. 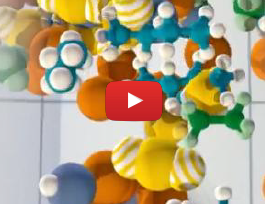 Sailing with a tank full of liquefied natural gas (LNG) could sound dangerous – but is actually remarkably safe. Learn more about this and other myths about LNG in this short film.

During 2019, spot LNG freight rates continued to strengthen. The main reason for the rate increase was fewer ships available due to a combination of longer sailing distances and more cargoes, as well as a gradual build-up of floating storage. Trading patterns however, continue to favor Europe as the main destination for incremental uncommitted LNG volumes.

According to industry sources, global LNG exports reached 268 million tonnes in the first nine months of 2019, in line with the expectations of reaching approximately 367 million tonnes by the end of the year. This represents year on year growth of approximately 13%. 2019 a record year for LNG project that have got final investment decisions.

The glut of liquefaction volumes continue to affect LNG prices. The low LNG price environment continues to stimulate demand growth in some regions, predominately Europe, resulting in switching from coal and pipeline gas to LNG. Higher forward gas prices than spot prices have incentivized a continued build-up of LNG inventory both at land based storage facilities as well as floating storage in LNG carriers.

Outlook for LNG shipping demand remains compelling due to rapidly increasing demand for LNG. The market has absorbed new tonnage as it has arrived, and despite lower than expected tonne mile growth due to muted US – Asia trade and limited arbitrage opportunities, we believe that the market is reasonably balanced.