History and Development of the Company

Flex LNG Ltd. was initially incorporated under the laws of the British Virgin Islands in September 2006. In 2009, we completed our initial public offering of our ordinary shares on the Oslo Axess under the symbol “FLNG.” In June 2017, we re-domiciled the company to Bermuda and in July 2017 we transferred the listing of our ordinary shares from Oslo Axess to the Oslo Stock Exchange in order to increase our visibility to investors and to facilitate trading liquidity. In June 2019 Flex LNG was listed at New York Stock Exchange, also under the symbol “FLNG”. Information for investors can be found here. 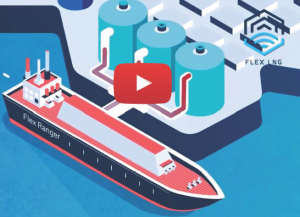